The summer moon rose, her iridescent rays casting silver light on the topmost boughs of the great forest but only rarely piercing through to what lay beneath. Far below, a grumbling rat found itself caught in a rogue tendril of light and skittered quickly into a small hole in the forest floor.  Down he went, sometimes nearly falling, other times grappling with the ancient and rusting scraps of a long dead building which crowded his escape route. At the end of a particularly steep fall, the rat found himself gracelessly plummeting into pure darkness, landing with a nearly silent “Pfft!”  Still grumbling, He scurried away, escaping into the dark.

Myra swiped a sleepy hand across her face awakened by the tiny feet darting across her cheek.  As she cracked open her eyes, she realized the pest was already gone. She lay staring for a moment at the familiar stone above her makeshift cot.  Her eyes were used to the dark, intimately acquainted with every shadow in the small dark cell.  This tiny cell held no fear for her anymore, only what lay beyond its walls and it was still too dark for those shadows to enter here.  Relishing the few moments of peace she would have thanks to the blessed little creature who’d awoken her, she sat up and pulled out her bundle, spreading its contents on the thin blanket.

The outside of the bundle was an old tattered cloth, covered in dirt, grease and blood.  She couldn’t remember when she’d gotten it. The bundle seemed to have always been with her and at some point, she had begun collecting small mementos tying them up within it.  She fingered each memento silently. There was the picture of her parents, worn and faded, lying smiles portraying a happy family and next to it was the tooth she had lost years ago, thanks to a misspoken word.  There was the spike that had fallen out of the whip on the day her family had moved her from their home to the re-education cells. Finally, her eyes rested on her most recently added treasure, several dark strands of hair and sinew, she had taken as her payment from last night’s visitor. She grinned silently at the memory of the small victory.

Myra stared at the mementos, not really knowing why she held onto them. There was no real peace in having them, yet they gave her a small measure of comfort.  Shaking the unsettling thought aside, she took the cloth and wiped the night’s sleep from her face, then wrapped the mementos up securely within it.

Before she could tuck the small bundle away beneath her pillow, a painful light cracked through the door.  Startled and afraid she curled tightly against the wall.  Shadows she knew and expected. The light was new. The light was terrifying.  The figure of a man began to take shape within the brilliance.  Tall and as sturdy as the stone walls around her, he strode into her room.  Myra curled tighter against the wall frantically hoping her dirty grey tunic would help her blend into the walls.  Thoughts tore through her mind, “Who was this man?” “He doesn’t belong here!” “What new terrors will he bring?”

There was no hiding from him in the light that sought out every crevice of the stone cell.  His fierce eyes found her almost instantly and he silently made is way across the short space between them.  She quivered in fear and clutched the bundle still in her hands to her chest.

After a moment of staring directly into Myra’s eyes, the stranger sat himself squarely on the stone floor in front of her bed, unconscious of the dust and mildew that covered its surface.  Myra, took this as sign that immediate pain was not forthcoming and began to take in this stranger.  Strange was definitely the right word, at least for the re-education cells.  The stranger wore the warm brown tunic and leggings typically seen on forest folk.  A thick green cloak fell across his shoulders, and gathered about him on the dusty floor.  But in truth what truly made him strange was his smile.  He grinned at her from mouth to shining eyes and in that smile was something terribly familiar.

“I think I’d better not.” She squeaked out, not yet willing to put her trust in only a disarming smile.

“Yes. Come here. I’ve come a long way to see you.” Then pointing at the bundle clutched in her hands, “I would like to see what you have there.  Would you show it to me?” His words were soft, and his fierce eyes, somehow kind.  Still, Myra was afraid.

She glanced at the dirty tattered bundle and knew she could never show this man what was inside. She would be mortified to have him even see the dirt and blood, her blood, which covered the outside.  But something about his eyes and that smile reminded her of a story she had loved and believed in years ago.  She would not let him see the bundle but she found herself desperately wanting to talk to this man, to touch him. Was he even real?

Tucking the bundle into the back of her pants so he couldn’t get at it, she cautiously crawled out of the bed and sat facing him on the cold stone floor.  She matched his gaze, feigning confidence, then reached out a traitorously shaking hand to touch his bearded face.  She did know him!  It was long ago and she had been so little, but this man she knew from the forbidden stories occasionally whispered among the old folk.  But this man was not a story; he was very real.   A small smile flirted with the edges of her mouth, and a tiny light in her eyes began to match the light in his.

“Now will you let me see?” he persisted, and quite without realizing what she was doing, she placed the bundle in his outstretched hand.

Before she could snatch it back he pulled the delicate string holding it closed and the bundle fell open.  Myra closed her eyes tightly, unwilling to see the disgust that would fill his kind eyes when he looked at her “mementos.”  She felt his rough hand touch her cheek and then her eyes, beckoning her to open them again.

“It’s ok Myra, your bundle is beautiful inside. Look and see.”

Her eyes opened, and the final corner of the bundle fell open.  A brilliant white bird burst from within, its feather’s shining with shimmering hints of white hot color.   It was wild, beautiful and free even within the shadows of the cell. As they watched it finally found the door and escaped the drab prison in search of light.  Then as Myra looked back to the stranger’s eyes and down to the bundle that lay in his hands she saw the change.

The old tattered and dirty cloth, lay there soft, white and whole.  The angry mementos were gone, replaced by a small pendant in the shape of the dove.  The stranger gently wrapped up the pendant and handed it back to her.  As she marveled at the small, softly luminescent pendant in the palm of her hand, she suddenly realized she wanted to thank him.  She looked up with bright eyes to find that the stranger was gone. Gone but not gone.  Something was different. She was different. With a silent smile she tucked both bundle and pendant back into their hiding place.  She was very glad indeed for the pest which had awoken her this morning. 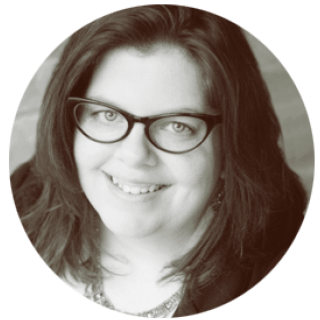